The fight for clean air and carbon reduction 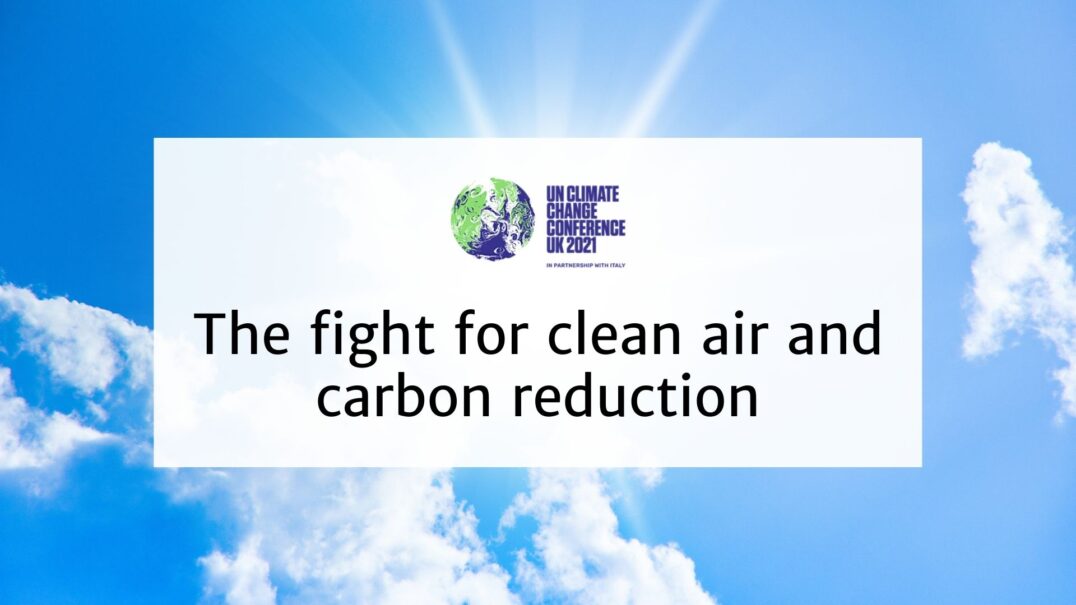 When asked, most of the public support reductions to pollution or improvements in air quality support. For example, in 2020 78% felt tackling pollution should be a priority. Yet, rarely are the distinctions between clean air and carbon reduction widely understood or defined.

There are however important differences. That means when it comes to selecting the right policy measures, technology, and solutions, a good understanding is required in order to make effective decisions.

In some cases, one solution may benefit carbon reduction at the expense of clean air. Only by understanding the differences can we prioritise and determine the best outcomes.

This is a timely moment to clarify the topic. COP26, a hugely important climate meeting, is taking place in November. From this meeting, we expect to see discussion, investment, and new measures being taken to improve the environment. But which aspect of the environment will be prioritised? Is it the reduction of carbon and greenhouse gas emissions or the battle to ensure clean breathable air for the world population?

The increase of CO2 and other greenhouse gases in the atmosphere is leading to a rise in global mean temperatures, changes in weather patterns, and ocean acidification.

Below is a breakdown of CO2 output from industries in the UK. While there have been reductions in CO2 over the last 20 years this is primarily due to a shift towards renewable energy which is supporting a reduction in CO2 emissions from business and industrial processes. However, transport CO2 levels have not fallen since 1990. 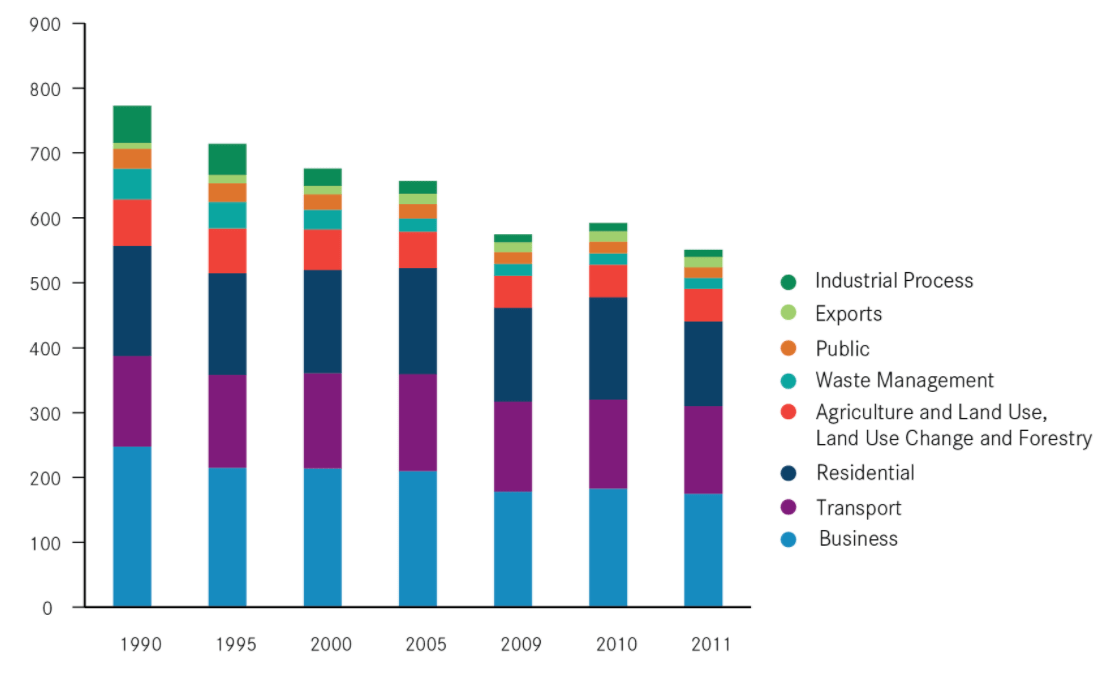 Carbon dioxide emissions could be best summarised as damaging to the environment which then have a knock on impact for human populations such as flooding or extreme weather events. Air pollution and toxic pollutants on the other hand have an immediate and at times deadly impact.

Clean air – is the air we breathe safe?

In urban environments, the key air pollutants causing poor health outcomes are fine particles and nitrogen dioxide gas (NO2). In the UK, the combined effects of long-term exposure to nitrogen dioxide and PM cause 24-36,000 excess deaths each year. Air pollution was also identified as a cause of death for the first time, in the case of 9 year old Ella Adoo-Kissi-Debra.

Nitrogen dioxide in urban environments is largely caused by exhaust emissions from vehicles – especially from older and diesel vehicles. Industry and power generation are also key causes but they are rarely an issue in urban areas. The main PM emission sources are combustion of fuels and road transport (both tailpipe and wear from tyres and breaks).

Air pollution is different from atmospheric carbon. For example, nitrogen dioxide is removed from the air across 12-24 hours as part of a natural process. Meaning that if all vehicles stopped driving in a city for one day the nitrogen dioxide level would fall. However, the amount of carbon dioxide would not – albeit the quiet roads would not add additional CO2.

PM can take longer to disperse and can persist for a few days in the lower atmosphere. Regional action can be beneficial here. This is why the UK is aiming to pass the Environment Bill to reduce harmful PM 2.5 across the country and also why the new WHO Air Quality Guideline limits call for substantial reductions in particulate matter.

Reducing NO2 and PM from the air we breathe will have immediate health benefits for the local population. Cities are also responsible for the pollution in their own area. In other words, there is no reason not to act just because another city isn’t doing their bit to reduce high levels of pollution.

Given the similar cause of both poor air quality and carbon, tackling them together would seem beneficial. Moreover, there is a real opportunity from joined up thinking on the topic.

Some work has been conducted by the Air Quality Impact Group looking at the Impacts of Net Zero pathways on future air quality in the UK. The report that they produced talks about the opportunities for co-benefit between the Net Zero agenda and air quality. “Although air pollution and greenhouse gases can have distinctly different impacts, on occasion the same pollutants contribute to both effects”.

Given the serious nature of tackling both we shouldn’t leave it to chance that Net Zero solutions benefit air quality – joined up thinking is essential. As the Clean Air Fund has shown, action on air pollution should be an explicit priority in climate action to make policies bolder, faster and more effective. Indeed the Clean Air Fund argues that policies are 50% more beneficial when they consider both – to health and cost!