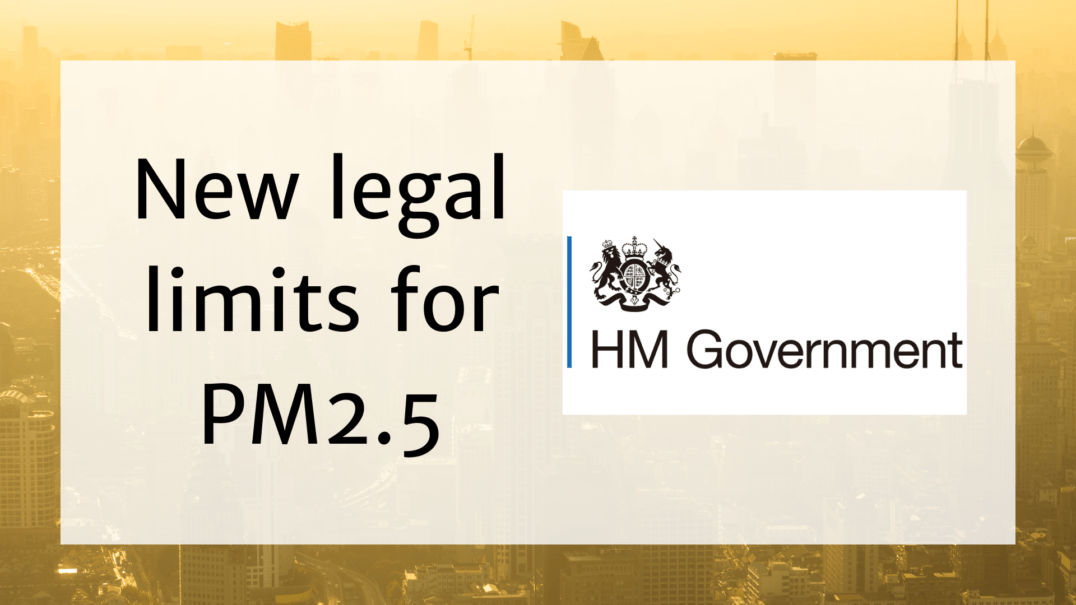 On the 16th March the UK Government announced new proposed legal limits for PM2.5 EMSOL takes a closer look at the proposals to answer why they are important, what the new limits are, whether they go far enough and what action businesses can take now.

First of all, let’s establish why the legal limit relating to PM2.5 is so significant. Much of the discussion around air pollution focuses on CO2 and NO2 with particulate matter being largely excluded. However, exposure to PM2.5 has multiple short-term and long-term health impacts. Due to the tiny size of the particles, they can travel deep into your lungs where it’s also possible for them to cross over into the bloodstream potentially going on to affect organs. Short-term impacts include irritation in the eyes, nose and throat, coughing, sneezing and shortness of breath. A prolonged exposure to PM2.5 can cause permanent respiratory problems such as asthma, chronic bronchitis, lung cancer and heart disease. Young, growing bodies and the elderly are most at risk from exposure to PM2.5, so by introducing new legal limits it will protect the vulnerable – but do they go far enough?

What are the new limits?

The new limits are part of the new long-term environmental targets that are the cornerstone of the government’s Environmental Act.

Targets to cut air pollutant PM2.5 are intended to reduce exposure to the most harmful air quality across the country and in locations where levels are highest, with a 50% cut in acceptable levels. The government argues the proposed limits are going well above and beyond previous EU targets while remaining achievable.

The proposed targets will now be subject to an eight week consultation period where the government will seek the views of environment groups, local authorities and stakeholders. You can give your input here:

Do they go far enough?

The proposed new limits have been openly criticised for not going far enough to tackle the air pollution crisis in the UK.

It is worth noting that the new proposed limit of 10 micrograms per cubic metre is the same as the old World Health Organisation’s (WHO) limit from 2005 and is higher than the current World Health Organisation’s limit of PM2.5 annual mean concentration of 5µg/m3. This certainly suggests that the limit is already outdated before it is even incorporated.

Non-profit legal organisation ClientEarth commented that the proposed air quality target would ‘fail another generation of children’ as the measures do not go far enough to fully address the risk to health of young people.

Other organisations feel the target date is too far off and more immediate measures are required. Katie Nield, lawyer at environmental law charity ClientEarth, said: ‘The target date that the UK Government is proposing is far from ‘world-leading’. It means that another generation of children will be exposed to toxic pollution far above what the world’s top scientists think is acceptable. Ministers need to seriously reconsider their proposal.’

What can be done now?

EMSOL welcomes any regulation that will reduce air pollution in our communities and in our world. We are working with big brand partners such as John Lewis Partnership to simplify transport and site-based emissions in real time. We measure and report on a range of emissions with more being ‘plugged in’ to the platform all the time. This video will tell you more about what we currently measure:

As soon as our system is installed at your site (on average within 3 working days) customers are enabled to take immediate action to reduce air pollution and to improve the health of the local communities they work within. Take action today. Follow our social media channels for the John Lewis case study coming soon or send an email to sales@emsol.io for more information on our product and services.