The City of London Corporation has consistently delivered innovative initiatives to improve air quality and Walbrook Wharf was one of their key initiatives. Walbrook Wharf is a large waste transfer site right on the Thames, just east of Southwark Bridge. At this site, waste from all over the authority is collected and shipped down the Thames by barge to their river-side facility. This reduced the number of vehicles on London’s roads, but it didn’t solve all the challenges of running a large, indoor waste transfer operation, particularly around air pollution inside the site.

A series of pollution challenges

The City of London Corporation deployed multiple indoor and outdoor monitoring solutions to gather data and develop a plan. These systems included the installation of Air Quality diffusion tubes, they agreed to be a London Air Quality Network (LAQN) monitoring site, they mounted an AQ Mesh unit at the entrance to the facility and the even attached individual dose meters to the site personnel. The problem was that all of these systems were not real time, so there was no high-resolution information about when breaches were occurring. There also was no information about which specific vehicles were responsible. Even after all of these investments and collaborations, they were unable to identify specific, polluting vehicles.

That’s where EMSOL came in. Sign up to access the rest of our story with City of London Corporation.

“The EMSOL platform has enabled us to track the vehicles causing breaches and which parts of the facility we need to manage more closely.” 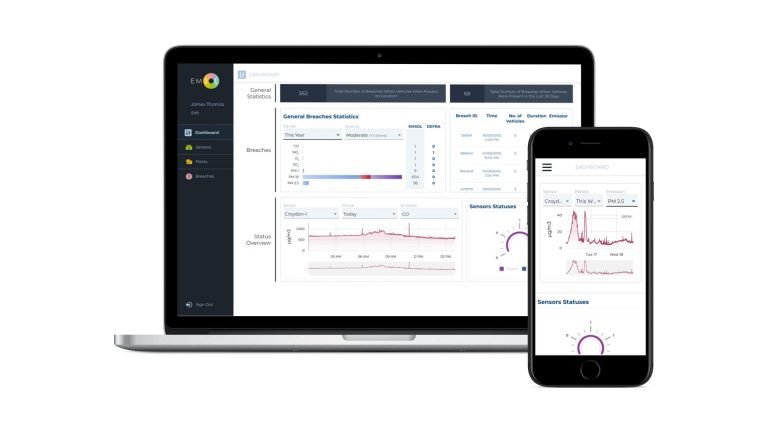 A key feature of the EMSOL system is correlating the emissions data from sensors with tagged vehicle data, thereby, intelligently monitoring emissions thresholds and identify offending assets. These insights enable the council and contractor to take targeted action in mitigating the environmental impact of the site and pinpoint specific problem assets or
drivers.