Your guide to air pollution, the key pollutants and their impact 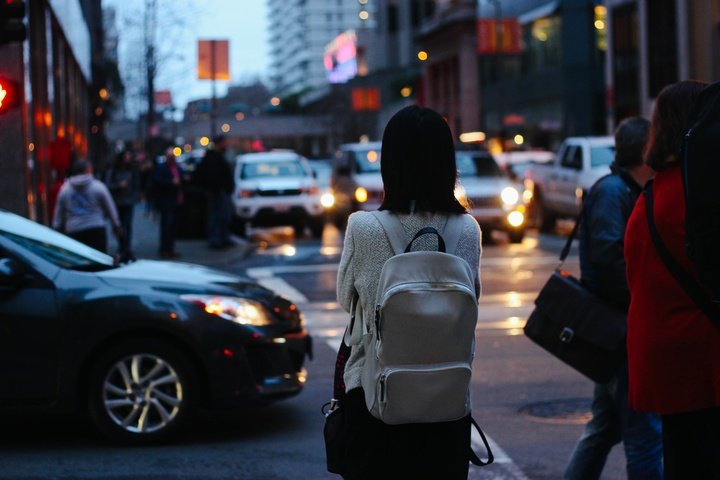 Having access to clean air is a basic function that many of us take for granted. We can’t survive without it, and therefore assume that the air we are breathing is safe and clean – however, this is often far from the truth

Across the UK, there are many areas with illegally high levels of air pollution, an invisible impact that occurs when harmful molecules are released into the atmosphere. These air-borne chemicals form aerosols: small particles or liquids suspended in the air, which are easily carried by the wind and can therefore travel huge distances and create widespread problems.

Historically, the main source of air pollution has been from the combustion of fossil fuels such as coal. These days, the biggest threat to clean air is transport. Petrol and diesel vehicles emit a wide range of pollutants, and as our reliance on transport increases, as do transport-related emissions.

What is the main pollution from transport?

Nitrogen (N2) is an odourless, harmless gas found readily in the atmosphere – in fact, it makes up 78% of the air we breathe. However, when it binds to oxygen (O2) it forms pollutants such as nitric oxide (NO) and nitrogen dioxide (NO2), known collectively as nitrogen oxides (NOx). All forms of combustion in air produce NOx, but the main source is road transport.

NO2 contributes to the formation of Ozone, a secondary pollutant formed when sunlight initiates a chemical reaction. The NO2 particle is split, releasing a single oxygen (O) which combines with atmospheric oxygen (O2) to form Ozone (O3). Ozone can travel over vast distances, meaning it often impacts areas far from the original emission site.

Particulate Matter (PM) refers to all the particles suspended in the air, natural or man-made. PM is classified according to its size – for example, PM10 particles are less than or equal to 10 micrograms (µm). The most common are PM10 and PM2.5. PM consists of primary particles, emitted directly into the atmosphere via combustion, and secondary particles that are formed by chemical reactions in the air. In the UK, the largest human-made source of primary PM is from emissions, including from engines. Secondary particles are often formed from NOx and other harmful chemicals.

Breathing these chemicals is undeniably bad for our health, and air pollution is classed as a major public health risk. In the UK, up to 36,000 people die from air pollution-related illnesses every year.

These deaths are mostly attributed to NOx and PM. If inhaled, the particles are small enough to penetrate the thoracic region of the respiratory system and irritate and corrode the alveolar wall, causing inflammation of the airways and impaired lung function. This can cause mortality through respiratory diseases such as lung cancer and cardiovascular disease, induce asthma, and enhance responses to allergens.

Less severe responses include chronic coughing, shortness of breath, sneezing, headaches and dizziness. While exposure to very high levels of Ozone can also damage the airways and lead to inflammation, reduced lung function, and mortality, most responses to Ozone display as irritation to the eyes and nose.

Air Pollutions Impact on the Environment

Of course, these pollutants not only affect us, they also damage the environment we live in. Atmospheric NOx can directly affect vegetation if concentrations are above 30 µg/m3, resulting in leaf and needle damage, reduced growth, and increased susceptibility to disease and frost damage.

Increased emissions also result in a lot more nitrogen being deposited into the environment, soil and water. While nitrogen is an excellent fertiliser, in excess it can accumulate in water bodies, in a process known as eutrophication. This causes over-proliferation of algae, taking oxygen from the water and blocking out sunlight, causing the death of other organisms and eventually the whole lake. Studies have shown that emissions from local traffic significantly increase the risk to nearby ecosystems.

In the atmosphere, ozone occurs naturally and helps shield the earth from the sun’s UV rays, however down at the ground level it has harmful effects. If exposed for a long time, ozone burns plants, leading to reduced growth, yield and quality of plants, affecting food security, forest growth and biodiversity. Ozone also hinders a plants ability to photosynthesise, increasing the concentration of atmospheric carbon dioxide.

What is EMSOL doing to help?

Due to their impacts on human health and the natural environment, concentrations of transport pollutants are measured continuously around the UK. Although this is important, air quality monitoring is the default ‘business as usual’ approach to tackling pollution, and is no longer enough.

Urban communities are under great pressure to balance acceleration back to previous levels of growth while improving air quality. However, taking action is difficult, especially with fast growing, complex urban supply chains. Current solutions are expensive, time consuming, and impractical, reinforcing that there is a site-wide problem but offering no insight in how to fix it. After all, who has the time or money to replace an entire fleet, or ban certain vehicles?

That’s where EMSOL comes in. We provide targeted action to reduce pollutants and improve air quality every day. Our innovative approach to air quality monitoring fuses together vehicle movements and vehicle emissions to allow you to easily understand the root cause of pollution. With this real-time data, you can pinpoint sources of pollution within your supply chain and see exactly who is responsible and which vehicles are causing pollution breaches.

This allows you to take instant action to take control over your supply chain, such as enforcing training for recurrent engine idlers, prioritising vehicles for maintenance, and evaluating your suppliers. At EMSOL, we understand that transport is a vital part of your life and your business, and are passionate about tackling our shared goal of reducing transport pollution and protecting your community. Wherever there’s a road, building, or vehicle, we see an opportunity to make a difference.

To find out more about EMSOL and how we can help take reduce pollution at your site or workplace, email us at sales@emsol.io

How can the construction industry make targeted pollution reductions?